Ms. Lauren Thompson  has completed her Modern Apprenticeship at Applebys Solicitors in Bradford in conjunction with  BPP Law School in Leeds. She has obtained a Certificate in Advanced Legal Practice. She is seen here with her colleagues in the Clinical Law Department being presented her award by Senior Solicitor Mr Graham Balmforth. 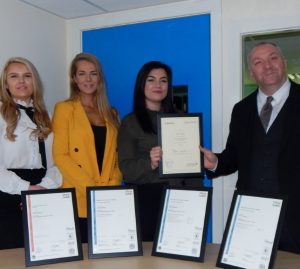 Mr Graham Balmforth is currently studying postgraduate forensic medical sciences at Glasgow University School of Medicine as part of his dissertation he is looking at the effect of the UK phenomena  of “legal highs” he would be particularly interested in an anonymous or on the record conversation  with users of “spice” or any other “legal” substance and what the long term health effects have been for them. Mr Balmforth may be able to offer Inquest representation services to the families of those who have lost family members where a legal recreational drug has been thought to have contributed to death. In the first instance then please do email Mr Balmforth at graham.balmforth@applebys-law.co.uk

CAN HE BE SUED?

Yes, in fact at Applebys we have been pursuing actions against Mr Paterson for some time, long before his conviction and sentence. Paterson worked throughout the east and west midlands from the mid 1990’s and he has left behind him a trail of operations that could easily be described as sub-standard and in common parlance might be referred to as “botched”. In the earlier years of his career his practice was NHS based but increasingly his work was of a private nature. In either case there is clearly indemnity in place for his actions and his victims can rest assured that if they do have a case of negligence against him, a civil action can be pursued.

WHAT DID HE DO WRONG?

Paterson, essentially had 3 different negligent approaches, firstly he misdiagnosed, either patients who had no breast cancer or malignancy were diagnosed as having operable conditions. Secondly, patients with operable conditions were given a false “all clear”. Finally many patients who had operable conditions found those operations to be sub standard. It should be stated for the sake of completeness that not every patient he treated was “mistreated”, the majority of Paterson’s patients are likely to have received sound treatment. However, knowing which is which is going to take many years to determine.

We are working with some of the best most highly specialised breast and lung cancer Consultant Surgeons, Diagnostic Radiologists and Surgical Oncologists in the country to filter through these records for those who feel that they may have been subject to Paterson’s negligence. We do this on a no win no fee basis and once your records are gathered it may be a very rapid process to confirm whether or not you have a viable action.

WHAT WILL IT COST ME?

It will cost you nothing for us to review your position. If there is no action or your action fails we write off our costs completely. If you do succeed in your action, we charge a maximum of 12.5% of your damages (half what most solicitors charge for such claims). Remember, this is a deduction from your winnings. If you lose there is no charge from us at all.

WILL I HAVE TO GO TO COURT?

In almost all cases the answer is no, however, we cannot rule this out. Most serious actions like this however are subject to settlement or alternative dispute resolution such as mediation or arbitration. In any event we will support you all the way.

The Daily Mail reports on how ‘Mothers-to-be ‘treated like cattle’ in crisis-hit hospitals: Damning report says women are having to endure poor care or being told not to go to ‘extremely busy’ units/ ‘

Applebys specialise in all aspects of medical and birth injury compensation. Call now for free initial advice, if you feel you may have been affected, on 0800 1691325.

A recent report by the Daily Mail indicates an increase in the prescription of the wrong medicine – with sometimes terrible results ‘Soaring toll of NHS patients harmed as doctors prescribe the WRONG meds… But who is to blame?’.

The Telegraph Online reports “Woman dies after 35 hours on hospital trolley amid warnings of NHS ‘meltdown’.”

Mrs X attended a private hospital in the North of England for a minor operation under an NHS contract. Whilst there she suffered an injury when the surgeon accidently cut her bladder.  This can be a recognised problem with a number of procedures and it does not in itself mean that the surgeon has been negligent.  However, in this case the  issues surrounding the aftercare were the real problem. 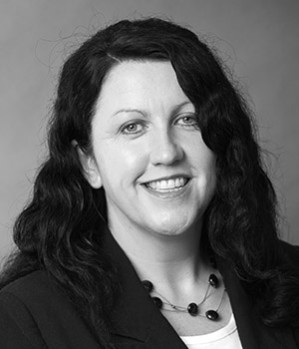 END_OF_DOCUMENT_TOKEN_TO_BE_REPLACED

What Are The Differences Between Meningitis and Sepsis?  (and what can happen if they are confused!)

Firstly, what is Meningococcal Disease?

Meningococcal bacteria can cause meningitis, septicaemia or both.  Meningitis is an inflammation of the lining around the brain and the spinal cord whilst septicaemia is poisoning of the blood caused by the same germs.  Both meningitis and septicaemia can kill in hours and correct diagnosis followed by immediate treatment is essential.

END_OF_DOCUMENT_TOKEN_TO_BE_REPLACED

Mr X, aged 61, was the unfortunate victim of medical negligence following an operation at a hospital within a North of England  NHS Foundation Trust.

END_OF_DOCUMENT_TOKEN_TO_BE_REPLACED

Ouch! There was a server error.
Retry »

Complete this short form for a confidential assessment without obligation. We will call you straight back.